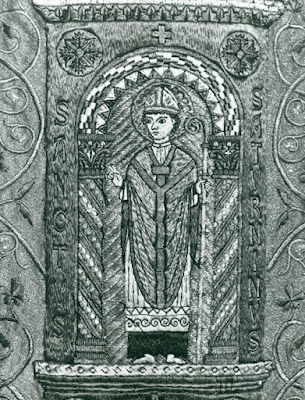 Born to the third century Roman nobility. Missionary to Gaul, the Pyrenees, and the Iberian peninsula. Worked with Saint Papoul. He converted many, including the farmer now known as Saint Honestus who joined him as a missionary. Imprisoned in Carcassone by the prefect Rufinus, Saturninus and his group were freed by an angel. He became the first bishop of Toulouse in modern France), where he teamed with Saint Martial to perform miraculous healings. Converted and baptized Saint Firminus of Amiens.

When Saturninus began his work in Toulouse, the local pagan priests stopped receiving oracular messages from their gods. One day in 257, when the priests were hopelessly frustrated, Saturninus passed by in the street. The priests blamed the bishop, and ordered the crowd of heathens to seize him and force him to offer sacrifice to their gods. The idols fell to pieces in front of the bishop, and the crowd murdered him.

PRAYER
Lord you have given Saturnin the grace of entering into your eternal kingdom, let us also enter into your kingdom through his intercession.
Where you reign with Father and the Holy Spirit forever and ever.
AMEN
Bishop France November 29. sainthood Saint saturnin St. Saturnin