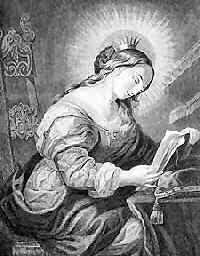 Margaret was born in 1048 in Hungary. Daughter of a prince, Margaret was born royalty. Her family were Anglo-Saxon. She had one brother and sister. Once her uncle died who was Saint Edward The Confessor, she was already living in England with her brother. Margaret later on got married to King Malcolm the III ,she had become a queen. They had eight children. Margaret was known for inviting the English Benditine Monks to Scotland nad estblished the very first holy ordes to th nation. She admired their work and learning. After her eldest son and husband had been killed on November 13 she died three days later she died. She died November 16 1093 in Scotland. In 1250 she was canonized by Pope Innocent IV. She is the patron saint of the nation of Scotland.

PRAYER
Lord you gave us one of your holy queens to give an example. The example to love and serve you in desperate times. May Saint Margaret of Scotland be a life to follow. We ask this through Christ Our Lord And Savior.
AMEN