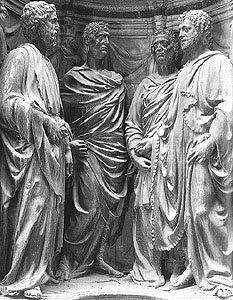 Prayer
Father almighty you have crowned these four martyrs with the crown of their martyrdom to give their blood for Jesus Our Lord an Savior we ask this in your Holy name. AMEN
AD Emperor Diocletian Hungary martyrdom martyrs Pagan god patronages Sava River