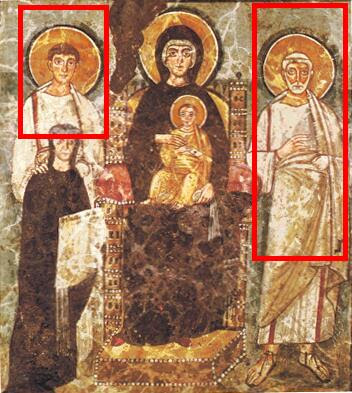 ST. Felix was a holy priest in Rome, no less happy in his life and virtue than in his name. Being apprehended in the beginning of Dioclesian’s persecution, he was put to cruel torments, which he suffered with admirable constancy, and was at length condemned to lose his head. As he was going to execution he was met by a stranger, who, being a Christian, was so inflamed at the sight of the martyr, and the lively prospect of the glory to which he was hastening, that he was not able to contain himself, but cried out aloud: “I confess the same law which this man professeth; I confess the same Jesus Christ; and it is also my desire to lay down my life in this cause.” The magistrates hearing this, caused him forthwith to be seized, and the martyrs were both beheaded together about the year 303. The name of this latter not being known, he was called by the Christians Adauctus, because he was joined to Felix in martyrdom.
August 30 Brothers Decapitated martyrs martyrs under Diocletian persecution of Diocletian and Maximus Priest Roman Martyrs St. Adauctus St. Felix Vienna