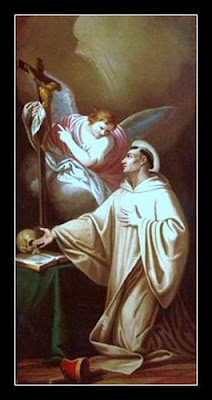 Benedictine hermit. Also called Peter Orseolo, he was a member of one of the most noble houses of Venice and, at the age of twenty, became an admiral in the Venetian Navy. After a series of successful campaigns against the Dalmatian pirates, he was elected Doge of Venice in 967, supposedly securing his elevation by poisoning his predecessor Peter Candiani IV, as was charged by St. Peter Damian. For two years Peter ruled with consummate skill, assisting Venice to weather a series of political crises. Then, without any warning and without informing his family, he disappeared from Venice and secretly entered the Benedictine abbey of Cuxa, in the Spanish Pyrenees. There he devoted himself to a life of severe austerity and asceticism, working as a humble sacrist until St. Romuald suggested that he become a hermit. He lived alone until his death.

PRAYER
Lord you blessed us with the memory of St. Pietro I Orseolo,
may we ask for his interssession at the moment we are before you and the Holy Council.
Amen.
Benedictine Doge of Venice hermit Italian Hermits Italy January 10. Saint Pietro I Orseolo Saint-Michel-de-Cuxa