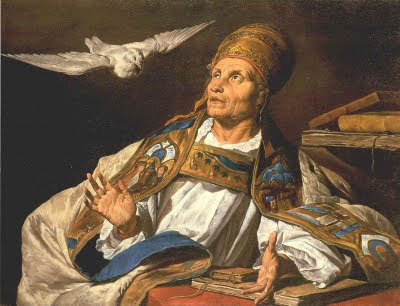 Gregory was born in 329-330 near Nazianzus, in Cappadocia (Asia Minor). During his youth attended school in Caesarea of Cappadocia, and later the Christian school of Caesarea in Palestine, where he learned rhetoric, and that of Alexandria. Finally went to Athens and became a philosophy, a teacher Christians and pagans. There he began his friendship with St. Basil the Great, which was to last a lifetime.
When Basil went to Cappadocia to devote himself to God, Gregory remained in Athens. However, almost secretly, one day left town and returned to Nazianzus. He received baptism and became a monastic life with Basil. On Christmas Day 361 he was ordained priest and in 372 was consecrated bishop by St. Basil Sasima, then Metropolitan of Cappadocia, while never taking his seat, having been put in charge of the Church in his hometown .
On the death of the Arian emperor Valens, the Catholics of Constantinople was asked to take charge of the ecclesiastical reorganization of the capital. In May of 381 was held the First Council of Constantinople, in which, while condemning the Arian-Gregory was appointed Archbishop of the city. But disgusted with some dissension, resigned the seat and returned to Nazianzus, until the appointment of new Bishop of this city in 384. So mission accomplished, Gregory retired to the farm where he was born, to devote himself to contemplation and writing books until her death occurred in 390. 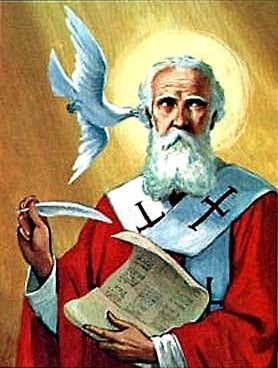 St. Basil was born into a deeply Christian family. His maternal grandfather had suffered martyrdom. His father, together with a real pity, sent ten children a solid doctrinal formation, and that home were four saints: Basil himself and his brothers Gregory of Nyssa and Peter of Sebaste, bishops like him, and his sister Macrina.
Basil spent several years studying rhetoric and philosophy at Constantinople and Athens. Later, when he was about twenty years, returned to his hometown of Caesarea in Cappadocia, where he undertook the teaching profession. Soon after, he left teaching and went into the desert to engage in contemplation, and became one of the pioneers of monastic life. In 364 was ordained, and six years later succeeded as Bishop of Caesarea Eusebius, Metropolitan of Cappadocia, and Exarch of the diocese of Pontus. He died in 379.
Devoted all her energies to defending the Catholic doctrine on the Word consubstantiality, solemnly defined in the Council of Nicaea (AD 325). For this reason many contradictions experienced by the Arian heretics, and had to deal with abuses of imperial authority, which sought to impose with violence the doctrine of Arius. With St. Gregory Nazianzen and St. Gregory of Nyssa contributed decisively to define the meaning of the terms by which the Church describes the Trinitarian dogma, thus preparing the I Council of Constantinople (AD 381), which definitively enunciated the doctrine of faith on the Trinity. Basil could not attend this council for he died in 379. Saint Basil is Patron Saint of Cappadocia, Hospital administrators, Reformers, Monks, Education, Exorcism, Liturgists

They are both Bishops and Doctors of the Church.

PRAYER
God almighty may the
lives of Saint Basil and Saint Gregory
help us live a holy life.
We ask this through Christ
Our Lord.
AMEN