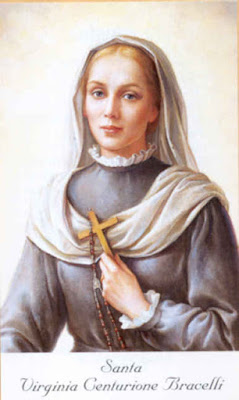 PRAYER
Father may the life of your holy daugter
Virginia be to us a way of life to follow
may we follow her example so we to become saints.
We ask this through Christ our Lord who lives and reigns
with you and the holy spirit on GOD forever and ever.
AMEN