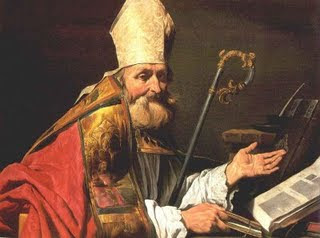 The young prefect of Liguria and Emilia Ambrosio was born in Trier about the year 340, a Roman family. It was still a catechumen, by acclamation when he was elected to the see of Milan, December 7, 374. Within Christian religion had to learn almost everything, and were devoted primarily to studying the Bible so hard that soon learned thoroughly. But Ambrose was not a pure intellectual: it was above all an excellent administrator of the Christian community. It was a real spiritual father of the young emperors Gratian and Valentinian II and Theodosius I dreaded, who did not hesitate to criticize harshly, demanding a public penance in atonement for having murdered the people of Thessalonica to end a revolt. Ambrose is the symbol of the church reborn after the hard years of hiding and persecution. Through him the Church of Rome tried without any servility to political power.

His personal qualities were what attracted her devoted attention. Ambrose daily activity was devoted to conducting their own community and pastoral preaching meeting its obligations to its people over a weekly homily. St. Augustine, who was a regular listener to the sermons of Ambrose, tells us in his Confessions that the prestige of the eloquence of the Bishop of Milan was great and very effective tone of this apostle of friendship.

His books that have reached us are quick and repurposing transcripts of his speeches, little or no review. His famous exegetical comments before being collected into volumes, had been preached to the Christian community of Milan. They note the familiar tone of the shepherd who goes with his faithful amiable simplicity. They feel the heart throb of a great bishop, that it excites poignant emotion in his listeners with arguments full of emotion and interest. As a good pastor likes to teach his people liturgical songs. So he composed a number of hymns, some are still familiar in the Ambrosian liturgy. He introduced in the West alternated singing of psalms.

Among his writings are not directly related to his preaching, we recall the De officiis ministrorum because, emphasizing the familiar and welcoming text Ciceronian its entirety, shows that Christianity can assimilate without danger of altering the meaning of good news these moral values natural that the Roman pagan world and in particular capable of expressing. Ambrose died in Milan on April 4, 397. He is a Doctor of the Church.

Prayer
Father you gave us Saint Ambrose
to give us knowledge to get
closer to you and our Blessed Mother The Virgin Mary.
May we get closer to you in the Eucharist.
We ask this through Christ our lord who lives and
reings with you and the holy spirit one GOD forever and ever.
AMEN