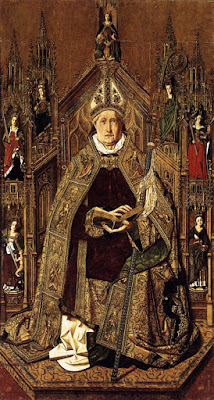 Benedictine abbot and defender of the faith. Born in Canas, Navarre, Spain, circa 1000, he entered the Benedictines at San Millan de Ia Cogolla. King Garcia III of Navarre challenged him when he became abbot of the monastery, and Dominic refused to surrender part of the Benedictine lands to the crown. For this he was exiled, going to King Ferdinand I of Castile and Leon, who made him abbot of St. Sebastian Abbey at Silos, now called St. Dominic’s. Dominic reformed the abbey, built the cloisters in Romanesque style, and started a scriptorium that became famous throughout the region. One of the most beloved saints in Spain, Dominic also rescued Christian slaves from the Moors. Dominic’s shrine is noted for its place in the birth of Dominic de Guzman, the founder of the Order of Preachers. Dominic de Guzman’s mother begged for a child there. Dominic was also noted for miracles of healing.