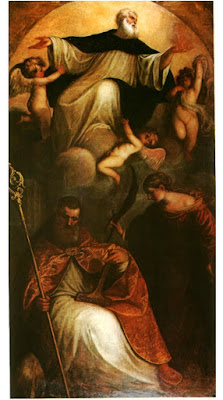 Nation was Roman, his father was called Maximus. He was elected Pope Gratian prevail, and it happened in the Apostolic San Sericius in December 398. He had the high priesthood three years, ten months and twenty days.
Was that priests were not seated, but standing and leaning when Evagelia read or sing in the church, and that no pilgrim was largely if Transmarine, was admitted into the clergy if he brought no witness who was sealed and signed by five bishops. This ordered by the Manichean, which then were much esteemed in Africa, and to corrupt Catholics sent many of their people to various parts where they could plant their heresies. Was also weak or crippled, or any others that lacked any member, were not clerics.
Consecrated the church in the region called Crescentina second in via Mamertine. Held twice orders for the month of December, and ordered them to 8 priests, 5 deacons and 10 bishops, and having served the Lord faithfully (because the world was not worthy of enjoying long time, as St. Jerome, his contemporary, it was made Pope for his great holiness and to apostolic poverty and more than 70 years of age, and also because in his time did not see the ever triumphant surrendered to Rome, mistress of the world), passed from this life to possess this eternal pril for 27 year 401, Gratian prevail, according to some Arcadius and Honorius.
St. Athanasius Donatist heresy fought in North Africa and condemned the errors of Origen.
His holy body was buried in the cemetery of St. Peter at the Bear Pleat and his death was vacant chair aspostolic 21 days.

He is the 39th Pope of the Church.He is also a confessor

PRAYER
Almighty father may the
vicar of of Peter and confessor of the
Church St. Anastasius I help us get closer to you
In the Eucharist.
We ask this through Christ our lord.
AMEN