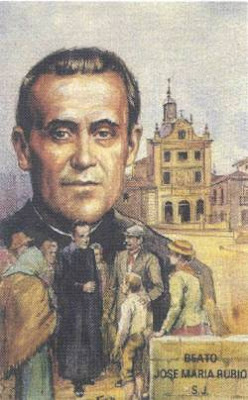 One of twelve children born to a farm family; six of his siblings died in childhood. Educated in Almería, Spain. Entered the diocesan seminary in 1876, and the Granada seminary in 1878. Ordained on 24 September 1887.

Parish priest in Chinchón and Estremera. For nearly 20 years he cared for an elderly brother priest. Synodal examiner in Madrid, Spain in 1890. Taught metaphysics, Latin, and pastoral theology at the Madrid seminary. Chaplain to the convent of Saint Bernard. Pilgrim to the Holy Land in 1905. Entered the Jesuit noviate in Granada in 1906, and made his religious profession on 12 October 1908.

Noted and sought after counselor and confessor, known for his parish ministry, spiritual direction, his devotion to the poor, and his excellent preaching that brought many to the faith. He served as spiritual director for groups of lay people, and from behind the scenes he helped them start academic and trade schools, find work for the unemployed, and minister to the sick and disabled. He organized missions and spiritual exercises, and worked to bring better financial and spiritual life to the poorest of the city.
Jesuit Madrid May 2. Saint José María Rubio y Peralta Society of Jesus Spain Spanish jesuits spanish saints