The Nativity of the Virgin Mary 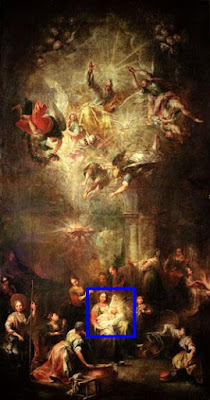 The Feast of the Birth of the Blessed Virgin Mary has been celebrated in the Church at least since the 8th Century. The Church's calendar observes the birthdays of only two saints: Saint John the Baptist (June 24), and Mary, Mother of Jesus.

John the Baptist is considered especially sanctified even before his birth. His birth to Elizabeth and Zachariah is foretold in the first chapter of Luke, and it is also recorded (Lk 1:41) that Elizabeth felt the infant John "leap in her womb" when Mary approached her soon after the Annunciation.

The birth of Mary was also miraculous. She was conceived without sin as a special grace because God had selected her to become the mother of His Son (the feast of her Immaculate Conception is celebrated on December 8). The dogma of the Immaculate Conception of the Virgin Mary, though generally believed throughout the Church for many centuries, was formally declared by Pope Pius IX in 1854.

There is nothing contained in Scripture about the birth of Mary or her parentage, though Joseph's lineage is given in the first chapter of the Gospel of Matthew. The names of Mary's parents, Joachim and Anna, appear in the apocryphal "Gospel of James", a book dating from the 2nd Century AD, not part of the authentic canon of Scripture. According to this account, Joachim and Anna were also beyond the years of child-bearing, but prayed and fasted that God would grant their desire for a child.

According to one tradition, the house in which Mary was born in Nazareth is the same one in which the Annunciation took place. By another tradition, the Annunciation site is beneath the Crusader church of Saint Anna in Jerusalem, under a 3rd Century oratory known as the "Gate of Mary".
Birth of the Virgin Mary Marian Celebration September 8. St. Anne and Joachim Virgin Mary