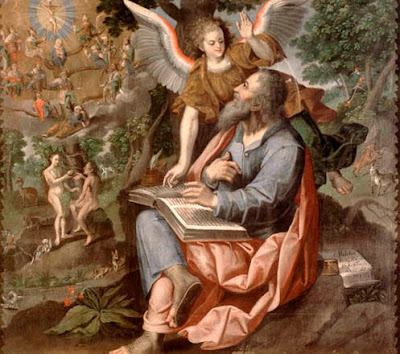 Any reference to the Apostle St. Matthew, author of the first book of the New Testament, is made with such solemnity and reverence that speaking of him as a man seems almost sacrilegious, so close to the divine is he considered. But when Jesus came upon Matthew, he was a man who could scarcely be viewed with little but contempt by the human eye; the divine insight of Christ, however, saw in this man which he beckoned to his service that spark of greatness invisible to the rest of the world. It is doubtful that Matthew himself was aware of what lay dormant in him that was to place him in the forefront of Christianity.

Matthew was a native of Cana, the scene of the wedding feast at which Jesus performed his first miracle of changing the water to wine. He became a tax collector for the Roman government, a position that has endeared no one to the taxpayer at any time in history, but which in the time of Christ, when the populace was taxed to excess, was deemed second in unpopularity only to the executioner. Jesus was traveling on the Mediterranean Damascus road when he came upon Matthew who was stationed there in his inglorious pursuit. Standing at a lake near the city of Capernaum, Matthew's gaze met the Lord's and Jesus spoke to him, uttering only two words: "Follow me."

Thus, in most unceremonious fashion did the divinity of Christ assert itself and an overwhelmed Matthew took up the cause of Christ without any reply. He was no doubt so overcome with emotion at the majestic power of Jesus that he could not speak, but the communication between them was clear and Matthew felt a resurgence of the spirit within him and came to know the tranquility that emanates from God.

The service of St. Matthew is familiar to all who call themselves Christian. His close association with Jesus tends to obscure the man who shed the ignominious role of tax collector to become the most intellectual of the twelve apostles chosen by the Lord. The awesome task of carrying the word of Christ to a people oppressed for centuries and suspicious of any newcomer was assumed by St. Matthew with a determination that could not be denied, If the fifteenth century civilization could laugh at Columbus who said the world was round, what did they say to Matthew fifteen hundred years earlier when he declared that Jesus was the Son of God. In simple terms, it wasn't easy. Matthew says it in Chapter 10.16 when he quotes Jesus as saying to his disciples: "Behold, I send you as sheep in the midst of wolves."

After the crucifixion of Christ and his resurrection, the inspiration of the Master was reaffirmed with renewed vigor at Pentecost when all the apostles were enlightened by the Holy Spirit. 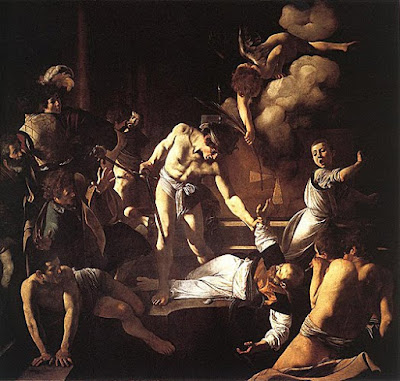 Christianity owes its existence to the indomitable will and courage of the apostles, who surmounted great obstacles of disbelief, superstition, distrust and open hostility in spreading the gospel. There was no mass media, only the word of mouth and the weary foot travel from village to village. Christianity is the greatest single achievement in the history of mankind and to St. Matthew and his ten comrades goes the credit for having successfully spread the worship of Jesus Christ.

Matthew's near divinity is augmented by the fact that a book of the New Testament bears his name. For that reason, among others, his name can be mentioned in the same breath as the name Jesus Christ. The Savior summoned him with but two words but for what ensued there were not enough words in all the languages to describe. Matthew is precisely what is prefixed to his name. A saint.

Matthew preached the Gospel for many years after the death of Christ, traveling throughout the Holy Land and finally meeting a martyr's death at the hands of pagans in Ethiopia. His final verse is his epitaph. "Teaching them to observe all things whatsoever I have commanded you: and, lo, I am with you always, even unto the end of the world. Amen."
Apostle Martyrs Evangelists Jesus' Twelve Apostles Pentecost. September 21 St. Matthew St. Matthew the Apostle St. Matthew the Evangelist Taxman