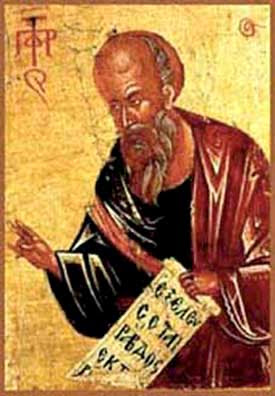 St. Eliseus is a key figure in the ninth century BC. We know the name of his father, Safat, Abel Meholah originating in southern bewteen-Shan, and know that your family was wealthy (1 Kings 19, 16-19). Caramel has always been considered a disciple of St. Elijah, from whom he inherited his double spirit, as his second spiritual father. God chooses a direct and particular (1 Kings 19:16) to go in pursuit of Elijah (1 Kings 19, l9ss), which will happen after the mysterious disappearance of their brother, inheriting the spirit to the extent provided by law for the firstborn: double the other heirs [2 Re 2.1 to 15]. Their status as "man of God" is revealed mainly in the wonders of every kind that is woven with his life. The work itself, for individuals and entire communities. Lived about 850-800, successor of St. Elias, which certainly exceeds the number and striking miracles, but not by his personality and his religious influence. So, Elijah is mentioned in the New Testament, significantly, 30 times; St. Eliseus only once (Lk 4.27). Its history, almost legendary and sometimes plagiarized from that of Elijah, was collected at 1 and 2 Re (1 Re 19 Re 19-21.2, 13-8, 15,9,1-15,13, 14, -21 .) With the anointing of Yehú brought down the dynasty of Ahab. Enjoyed great esteem among Yosafat kings (2 Kgs 3:12) and Yoás (2 Kgs 13.14-19). It seems that even their own bones wrought miracles (2 Kings 13.20 s). Elisha in the Bible when Elijah is taken away and their charisma goes to Elisha (2 Kings 1), and concludes with the miracle that took place with the corpse of the prophet and buried (2 Kings 13.21). Most of the narratives, which look like ~ ermoso "flowers" show Elisha surrounded by some groups which are called "disciples (or children) of the prophets." Do Carmelite successors of the "sons of the prophets"? This issue is now irrelevant, but it may be well to remember here who were these "sons of the prophets" which many authors inside and outside the Order noted for centuries as predecessors of the current Carmelites, who have their true origin late twelfth century. San Eliseo was the Master and Father of all these groups, who came and obeyed: 2 Re 4.38, 6, 1-2,12-21 ... Perhaps no mistake if we considered these brotherhoods of prophets as the ultimate bearers of faith in the Lord, pure and unmixed, nor mistake, if we consider highly important in order to the persistence of faith in the Lord, and especially for the trademark to be on. Ultimately, this is the point from where it departed this unprecedented filing Yahwist faith and divine right that we are in the later prophets. The surprising discoveries in the caves located northwest of the Dead Sea, not only provide us with news of an establishment of strict observance of Essenes, a century before and a century after the birth of Christ, but we also provide an accurate picture of the ordinances rigorous community life directed authoritatively (all thanks to the document called "Rules of the sect"), show a new light the stories concerning fraternities prophets from the time of Elisha.