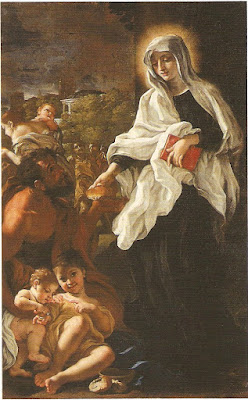 PRAYER
Merciful Father,
in Frances of Rome
you have given us a unique example of love in marriage
as well as in religious life.
We ask this throught Christ Our Lord.
AMEN
Congregation of Oblates incorruptable March 9. Married Nun St. Frances of Rome