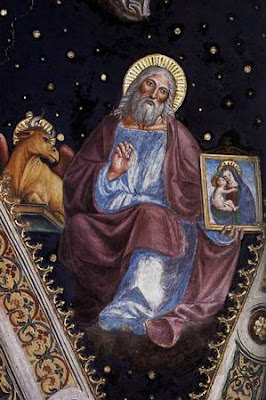 Brief notes on the Letters of St. Paul are the only news that Sacred Scripture presents on St. Luke, the solicitous good news researcher and author of the third Gospel and the Acts of the Apostles. For his travel notes, ie the pages of Acts in which St. Luke speaks in first person, we can rebuild part of his missionary activity. He was a companion and disciple of the apostles. The historian Eusebius says that: "... had sex with all the apostles, and was very attentive. " This sensitivity and his availability for others testifies the same St. Paul, joined him great friendship. In the letter to the Colossians: "Luke greet you, beloved physician ...".

We trace the medical profession to assume that he spent much time studying. Their cultural background is also seen by the style of his books, his Gospel is written in simple Greek, clean and beautiful, rich in terms that the other three evangelists do not have. You have to make another account on his Gospel, than the fact stylistic and historiography: Luke is the evangelist who better than some of us painted the human face of the Redeemer, his gentleness, his attentions to the poor and the marginalized, women and the repentant sinners. It is the biographer of the Virgin Mary and Jesus' childhood. Is the evangelist of Christmas. The Acts of the Apostles and the third Gospel make us see the temperament of San Lucas, conciliatory man, discreet, self-possessed, smooth or silent expressions that could have hurt a president, provided that this does not prejudice the historical truth.
By disclosing the innermost secrets of the Annunciation, the Visitation, Christmas, it makes us understand who personally knew the Virgin. Some exegetes forward the hypothesis that it was the Virgin Mary herself who transcribed the hymn Magnificat, she rose to God in a moment of exultation in the encounter with Elizabeth. In fact, Luke tells us that made a lot of research and sought information on the life of Jesus with those who were eyewitnesses.

A letter from the second century, the Prologue to the Gospel of Luke antimarcionista, synthesizes biography as follows: "Luke, a Syrian of Antioch, a medical doctor, a disciple of the apostles and later followed Paul until his confession (martyrdom .) He served the Lord wholeheartedly, never married or had children. He died at the age of 84 years in Boeotia, full of the Holy Ghost. " Recent studies agree with this version.