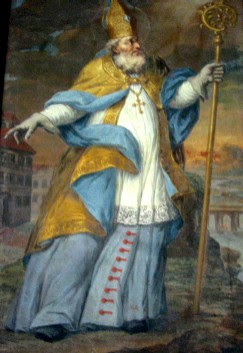 Fulk of Pavia was born at Piacenza, Italy in 1164 and died 1229. Fulk's parents were Scottish. He was appointed to a canonry in Piacenza. Then, after his studies in Paris, he became archpriest and bishop of Piacenza.

Six years later he was transferred by Honorius III to the see of Pavia, which he occupied for 13 years. He was cannonised and his feast day is 26 October.
Bishop Italian Bishops Italian Saints October 26. St. Fulk of Pavia