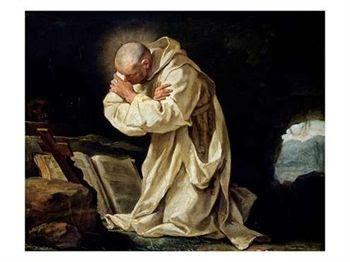 This saint was famous for having founded the religious community more austere and penitent, the Carthusian monks who live in perpetual silence , never eat meat or drink alcohol .

Born in Cologne, Germany, in 1030 . From a young age he demonstrated great intellectual qualities , and very special skills to lead others spiritually . And at 27 years was spiritual director of many important people. One of his target was the future Pope Urban II.

Ordained a priest he was professor of theology for 18 years in Reims, and Chancellor of the Archbishop , but he died , an unworthy man named Manasseh , had himself elected archbishop of that city, and to their behavior as immoral , Bruno accused him before a meeting of bishops and the Pope dismissed Manasseh. He was offered the post of Archbishop to our saint, but he did not want to accept, because it was thought unworthy of high office. The dismissed in retaliation , Bruno made him remove all his property and burned several of his possessions. 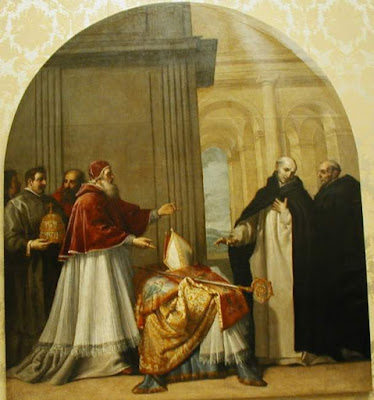 They say that at that time Bruno heard a story that impressed him greatly. They told a man reputed to be a good person (but in private life was nothing holy) when they were celebrating their funeral, spoke three times. The first said : "I've been judged. " The second: " I have been convicted . " The third: " I have been convicted. " They said that people were scared a lot and he had fled and that the body had been thrown to the bottom of a rushing river. These stories and others very deep thoughts swarmed in his mind, Bruno took away from the worldly life and devote themselves completely to the life of prayer and penance , at a site well away from everyone.

Still having abundant wealth and enjoying the friendship of high character and great esteem among the people, and may, if accepted , be appointed Archbishop of Reims , Bruno resigned from this and was a monk at the monastery of San Roberto on Molesmes . But then he felt that although there were observed very strict rules , but what he wanted was total silence and complete separation of the world. So decided to go to a place far away . I was gonna make a new foundation.

St. Hugh , bishop of Grenoble, in a dream saw seven stars drove him to a secluded woodland and built a lighthouse there , radiating light in all directions. The following day Bruno and six companions arrived to ask you to bring a site far removed for them to devote themselves to prayer and penance. San Hugo recognized they who had seen in a dream and took to the mountain that had been stated in vision . The place was called Cartuja, and new religious were called Chartreux .

San Bruno wrote for his monks a regulation that is perhaps the most severe that has existed for a community. Perpetual silence . Getting up at midnight to pray for over an hour . At 5:30 in the morning to go again to the chapel to pray for another hour , all in unison . The same at noon and dusk.

Never eat meat or drink liquor. Visits only once a year. Devote several hours a day to study or work especially manual copy books . Live totally cut off from the world ... Is a specific regulation for men who want to do great penance for sinners and reach a high degree of holiness.

Hugh came to admire both the wisdom and holiness of San Bruno , which elected him as its spiritual director , and whenever he could he went to the convent of the monastery to spend some days in silence and prayer and ask for advice to the holy founder. The same Count Roger, who from the day when Bruno met the first time , a reverence felt for him so great, that did not stop talking when he was very serious problems to solve. And yet it is said that once Roger had prepared a trap him and kill him , and appeared in dreams to tell San Bruno to be very careful , and so managed to escape from that danger .

At that time he had been named Pope Urban II , who as a youth had been a pupil of Bruno, and to remember his holiness and wisdom and his gift of counsel , ordered him to go to Rome to serve him as a counselor. This obedience was very painful for him, because he had to leave his life of seclusion and quiet of the monastery to go live within the world and its desires. But did immediately. Estimating the great sadness that the monks felt to see him leave for distant lands. Several of them were not able to bear his absence and went to accompany him to Rome. And then the Count Roger gave him a farm in Italy and beyond the saint founded a new convent with the same rules of La Cartuja.

The last years were spent among the holy mission entrusted to the Pope , and long periods in the convent dedicated to contemplation and penance. His reputation as holy was already very large.

He died on 6 October 1101 and left on earth as I remember a religious foundation that has been famous worldwide for its holiness and austerity. May God grant us like him , being able to deviate from what is worldly and materialistic , and focus on the spiritual and leads to holiness. 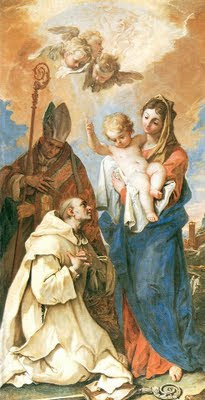