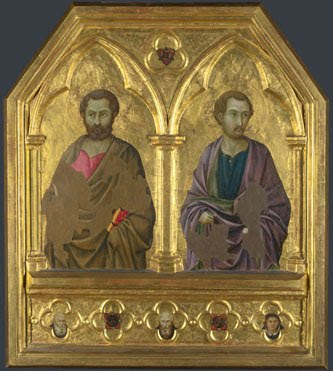 Simon belonged to the group formed in Israel. They were called the "zealots." Its purpose was to work hard against the Roman invasion in their country. However, listening to the word of Christ was for him the discovery of the universality of God's love.

Jude Thaddaeus has become one of the most popular saints for the favors given to people with regard to job search.
This devotion, and lived his life in St. Bridget. You can read in his book "Revelations" deep respect and devotion to this apostle of the first century of our era.

Why celebrate the holiday the same day?

The thing is simple. Tradition has it that the two were always together in a rich and fruitful apostolate. The Lord called him to complete the number of the twelve apostles, charged with being the continuers of the work of Jesus in the world.

Jude Thaddaeus called to distinguish it from other Judas Iscariot who betrayed, sold the Lord for thirty pieces of silver and then hanged himself.

Jude Thaddaeus wrote shortly. Only a letter from him is in the Bible. The purpose of the letter was a severe criticism against the Gnostic heresy that separates the physical from the spiritual. The physical or body is bad, and the spiritual is good. And both by emanations from God himself.

His letter ends with these words: "Be eternal glory to our Lord Jesus Christ who is able to keep us free from sin, and no stain on the soul and with great joy."