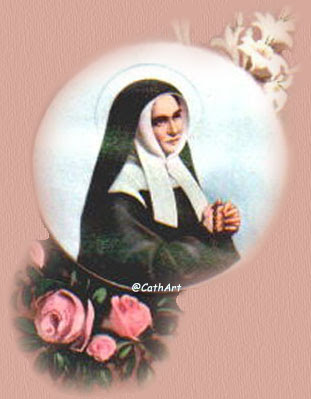 On February 11, Feast of Our Lady of Lourdes, recalls the apparitions of the Virgin to a girl of 14 who could neither read nor write, but he prayed the rosary every day, Bernadette Soubirous. Born in Lourdes in 1844 of very poor parents. Through it the Virgin brought forth a prodigious source of the miracle, to which pilgrims flock from around the world to rekindle their faith and hope. Many also come back from Lourdes cured in his body. The Virgin, during the second occurrence, she said: "I do not promise to make you happy in this world, but in the other." 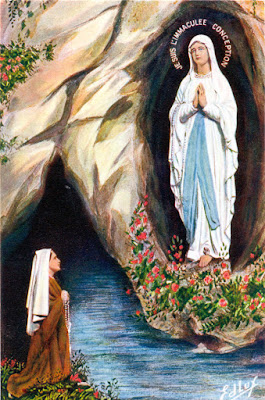 In spite of being docile instrument in order to extend the devotion to the Immaculate Conception, Bernadette was not contaminated with human glory. The day the bishop of Lourdes, to 50,000 pilgrims placed the statue of the Virgin on the rock of Massabielle, Bernadette had to remain in his cell, a victim of an asthma attack. And when the physical pain became more unbearable, he sighed: "No, do not seek relief, but only the strength and patience." His short life was spent in the humble acceptance of suffering physical and generous response to the invitation of the Immaculate Conception to pay penance to the rescue of so many souls that live prisoners of evil.
While near the grotto of the apparitions was building a bigger sanctuary to accommodate the many pilgrims and the sick to seek relief, Bernadette seemed to disappear into the shadows. He spent six years at the Lourdes Institute of the Sisters of Charity of Nevers, and which later was admitted as a novice. Your post was delayed due to his poor health. In the profession took the name Sister Mary Bernard. During the fifteen years of convent life did not know but the privilege of suffering. The same superiors treated her with indifference, by a providential design that prevents understanding the chosen souls and often even the benevolence of the poor souls. At first it was a nurse in the convent, then sacristan, until illness forced her to stay in bed for nine years, always between life and death.
To the person who encouraged answered with the radiant smile of the happy moments when I was in the presence of the white Lady of Lourdes: "Mary is so beautiful that those who are dying want to see her again." Bernadette, the humble shepherd who could see with their own eyes to the Immaculate Virgin, died on 16 April 1879.
She was canonized in 1935 and Pope Pius XI lifted it to the honor of the altars on 8 December 1933. She is an incorruptable. 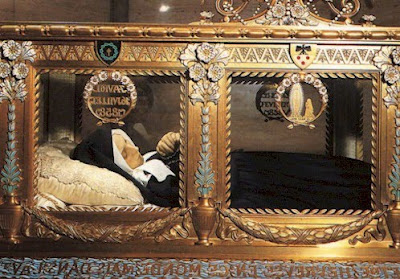 This is the incorrupt body of St. Bernadette Soubirous.

Prayer
Father may Bernadette be
an example to live by so
we all can love the Virgin Mary
like she did.
We ask this through Christ our Lord.
AMEN

References:Catholic.Net
February 18 Immaculate Virgin incorruptables Lourdes Institute of the Sisters of Charity of Nevers Our Lady of Lourdes