The Presentation of Jesus at the Temple 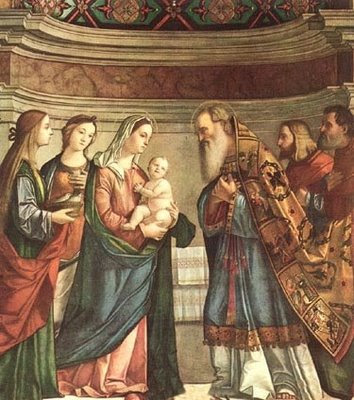 The arrival at the temple

Jesus comes into the arms of Mary,
Look, yawns and continues sleeping;
His father Joseph was looking smile.
Under the Act, at forty days.
The priest offers the Victim
Ignoring what is happening
Mary knows that it is redeeming
In a gesture of love and the Eucharist.
The hells are beginning to worry
Feeling that his lie will end.
Simeon just going to prophesy:
Division, sword, light and darkness.
Who militate in each flag?
The Kingdom of Christ is about to begin.

God keeps his promises
Simeon supernatant into joy, says the Lord: Lord, you have fulfilled your word. You promised you would die before the Savior. "You can let your servant depart in peace. For my eyes have seen the Savior". Lk 2:22. Many desires and hopes and prayers reveal these words! Of Simeon and all of Israel, whom he represents.
The history of Israel was neither sterile nor futile: his eyes have seen the Savior, and knows he has already reached the triumph of life, because the Baby Jesus will grow and the hour of his sacrifice, with which redeem all people, not just to Israel. "This is because many in Israel to fall and rise, like a flag will be discussed. And a sword will pierce your soul." When a man is a calamity occurs, every attempt must not know his mother.
Mary was the exception. That must be to make it redeemer. She is the sign of the Church carries the grace of the Redeemer and, consequently, is converted, as he, as a sign of contradiction. The five courses offered by the parent, are a substitutionary sacrifice, until it comes to the sacrifice of Calvary, where there will be no replacement.
Christ will then be slaughtered and not replaced, but replaced all his brothers, accompanied by suffering and pain of Mary with the pierced heart, symbolized today by the pigeons slaughtered and burned in a holocaust. "Without shedding of blood there is no redemption" (Hebrews 9:22).
Souls Deep
Simeon and Anna embody, their lives and ministries they performed, the Jewish society that looked for redemption and liberation of the people. They are the most vivid example of Israel who waited until the last minute intervention of God in this human history to make it more livable, more just, more balanced.
The old Simeon and Anna are a symbol of that hope is a long journey, while the elderly witness who has fallen in the people of Israel in its structures and practices in their religion and their law. All Jewish religious and social model needed to be designed differently and therefore for the two characters in the Gospel story man and woman, for these two old, it was necessary that someone were to introduce a new and final time. Someone who came to inaugurate God's time.
The encounter with Jesus
To see Jesus, meet him, have contact with his person, by word and their work should lead us to act like Simeon. Meet Jesus should make us men and women trained to proclaim by word and especially with our actions, the time of God that Jesus has given us.
The Church is called to give testimony for God's time. We have to enable that time to reach our people with all its consequences. We must commit ourselves to this new time integration and, livable and credible in our communities through the love of God given in full through the incarnation of Jesus in our human history.
So Pope calls us to serve the Internet now, because history of evangelization is not just a question of geographic expansion, since the Church has also had to cross many cultural thresholds, each of which has required new energy and imagination to proclaim the Gospel.
The era of great discoveries, the Renaissance and the invention of printing, the Industrial Revolution and the birth of the modern world were also critical moments, which demanded new forms of evangelization.
Internet is a new "forum" understood in the ancient Roman sense of public place where it was politics and business, religious duties were fulfilled, developed much of the city's social life, and manifest the best and the worst of human nature. It was a place of crowded and bustling city, which not only reflected the surrounding culture, but also created a distinctive culture.
The same applies to cyberspace, which is a call to the great adventure of using its potential to proclaim the Gospel message. This challenge lies at the heart of what it means, at the beginning of the millennium to follow the commandment of the Lord "into the deep": "Duc in altum" (Lk 5, 4). Internet produce countless images that appear on millions of computer screens worldwide.
In this galaxy of sight and sound will the face of Christ and hear his voice? Because only when you see his face and hear his voice the world will know the glad tidings of our redemption. This is what make the Internet a genuinely human space, because if there is no place for Christ, there is no place for man.
Therefore, I encourage the whole Church bravely to cross this new threshold, to enter into the deepest part of the network, so that now, as in the past the great engagement of the Gospel and culture may show to the world "the glory of God in the face of Christ "(2 Cor 4, 6). May the Lord bless all those who work for this purpose, said John Paul II. 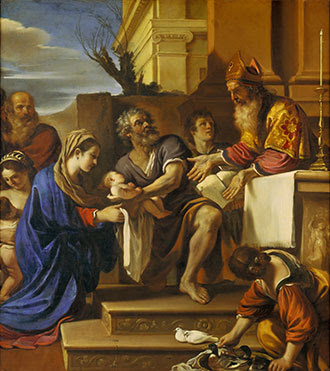 Prayer
All-powerful father,
Christ your son became man for us
and was presented in the temple.
Mat he free our hearts from sin
and bring us into your presence.
We ask this through Christ our Lord.
AMEN