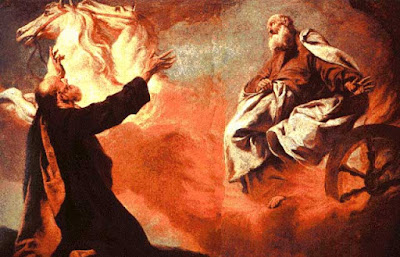 Elijah אֵלִיָּהו Eliyahu "God is the Lord " or " My God is Yahweh"One of the many compounds containing the names Tetragrammaton which represents the divine name. It was a prophet who lived in the ninth century BC Speak of him in Chapters 17 to 21 1 Kings and chapters 1 and 2 2 Kings. By 1 Kings 17:1 and 1:8 2Kings Tishbé was a native of the region Gilead, East of Jordan River. The prophetic ministry of Elijah begins in the reign Ahab, son OmriWho ruled Israel between 874 BC and 853 BC The authors of the Books of Kings, cited as a source for their stories another book now unknown, Annals of the Kings of Israel (1 Kings 22:39.) Possibly such source or another directly referring to the prophet, the story is drawn on the confrontation between Elijah and King Ahab who did evil in the eyes of the Lord more than all who preceded him and he married Jezebel Itobaal daughter , king of Sidon and went after BaalServed him and bowed down before him. Elijah suddenly appears in the story announcing Ahab drought, through which the prophet multiplied food for a widow and her son and then raises the child when he dies of a disease. Elijah confronts Jezebel had sent to kill the prophets of Yahweh and Mount Caramel defeat the prophets of Baal, after which the drought ends. Elijah was a man with a nature similar to ours (James 5:17): After his victory, fled for fear of the vengeance of Jezebel and out into the desert , wishing death. However, after finding food and drink is felt comforted and went to Mount Horeb, where he hides in a cave. In the midst of the depression of the prophet, God is manifested as the whisper of a gentle breeze and gives new missions , pointing to Eliseo as his successor. The wickedness of Ahab and Jezebel, Elijah faced by not limited to the worship of Baal , but that was projected in the dispossession of their subjects. The episode Naboth's vineyard (1 Kings 21) Is representative of the repeated history of dispossession of land from farmers by the rulers and large landowners . Other prophets would relate to these situations: Isaiah 5:8; Micah 2:2. Elijah expresses the divine sentence against Jezebel and against the descendants of Ahab. he defeated and killed in combat with the troops of the king of Aram, despite the good wishes of the false prophets, was succeeded by his son Ahaziah, who walked the path of his father and mother and made Israel to sin and died soon. By 2:1-13 2Kings after the death of Ahaziah (852 BC) took over from Elijah God I live in a chariot of fire and horses of fire sight of Elisha. Many believed that John the Baptist was the Elijah who came to prepare his way (Matthew 11:7-15 Malachi 3:23.) In fact, to reinforce this mission , John himself dressed like Elijah 1:8 2Kings, 2:1-13 2Kings. The Gospels Synoptics, in a passage known as the Transfiguration Show Elijah and Moses talking Jesus (Mark 9:4.) 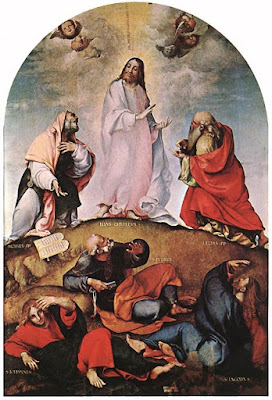 The apocryphal Apocalypse of Elijah shown alongside Enoch fighting against son of iniquity that kills them , after which they raised, in a similar way as with the two witnesses Revelation 11 in its confrontation with beast.